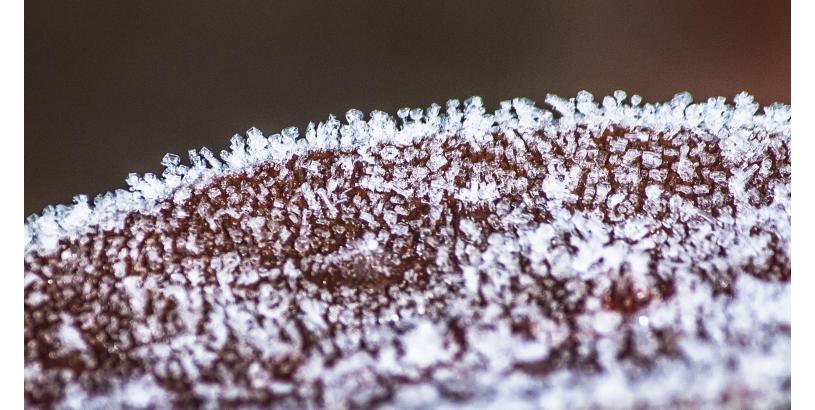 Clear Lake Coffee Roasters: Industry Insider Series -Talking to the Trees and The Impact of Frost on Brazilian Coffee

Whenever there is a weather event or the rumor of a weather event or the potential for a rumor of a weather event that affects or could possibly affect or has been known to sometimes maybe affect the volume of coffee harvested in Brazil under the right or wrong conditions, there is no shortage of people, some of them gesticulating, eager to share their thoughts on how much coffee will be lost potentially or theoretically or without question or if certain other conditions exist or did exist at one time as far as we may or may not know and, of course, all depending on the farmer’s pruning response.

Welcome to the world of prognostications on weather and the Brazilian coffee harvest.

When it comes to predicting the size of the Brazilian coffee harvest—even without frost or drought—there are many dogs in the hunt, some chasing prices up (bulldogs?), others chasing prices down, and some doing both depending on the day of the week and their position in the market. In a world of instant mass communication, guesstimating begins immediately after a frost of any kind and long before any meaningful on-the-ground analysis can be thoroughly conducted. It can be difficult to sort out all the information and decide what is valuable and what is not. A month after the most recent frost in Brazil, there are still significant differences between various loss estimates.

To begin with and as always, context and perspective are helpful.

In 1918, “The last week in June brought very cold weather in São Paulo, and cables reported heavy frost. The news was not taken seriously by the trade at large. ‘Frost news’ from Brazil was no novelty, and in the past had always been looked upon as a regular and seasonable method of bulling the market. This year, however, the frost was a fact, and the market began to move upward with surprising speed.”

Frost news, or frost gossip maybe, has long been a summer hobby for the coffee industry, something to pass the time over what were traditionally slow months on the consumption side, and it's sort of a dance among different stakeholders. But as we saw this year, frost does happen. "Frost was a fact." Records of frost impacting coffee in Brazil go back 200 years, to the early days of commercial cultivation. Noteworthy impacts seem to have occurred in 1822, 1842, 1870, 1875, 1876, 1886. Attempts to in some way quantify the severity of impacts began in 1902 when a black frost was labelled “devastating.”

Excluding minor or weak frosts and considering two frosts in the same year as a single event, there have been at least 18 significant frosts over the last 120 years. Note, as with reporting immediately following a frost, there is some variance in reporting in the historical record among different sources, as well as variations in terminology.

Current estimates of losses to the 2022/23 crop due to the frost events in July of this year range from 4-11%, or 3-7 million bags against a potential crop of 68 million bags . Not surprisingly, lower estimates come from analysis on the consumption side of coffee and higher estimates come from various sources on the production side of coffee. Is it the worst frost in 27 years or the worst frost in 21 years? Well, it depends on who you ask. Do we listen to the farmers, Brazilian officials, traders in New York, the commodity press, everyone with an opinion? Or as one analyst puts it, do we “talk to the trees,” meaning careful and comprehensive assessments of the damage on the ground, which takes time, more time than has yet to pass? At this point, much still depends on the decisions producers make following the arrival of rain (or the non-arrival), primarily decisions about pruning.

Anecdotal reports of farmer’s pulling up trees or deciding to switch to other crops make good stories and the market feeds off such stuff, liking as it does a little drama with its coffee. Case in point: interestingly if not ironically, twice as much coffee will likely have been lost to drought than will have been lost to frost for the 2022/23 harvest, but the long-haul slog of drought doesn’t deliver the same drama as the relatively sudden arrival of a frost. Compared to its reaction to a frost, the market reacts to drought with a prolonged sigh. And while most coffee roaster likely know there was a frost in Brazil, they might not know about the drought.

Time and data may not produce consensus exactly, but the accumulation of both will shrink the variance in the range of crop loss estimates until one day there will no longer be guesstimates, there will just be the act of counting. And more than likely, as the variance range does shrink, it will close toward numbers put up by analysts who earn their keep being accurate, or more accurate, at least, than those who have dogs in the hunt and may or may not be talking to the trees.