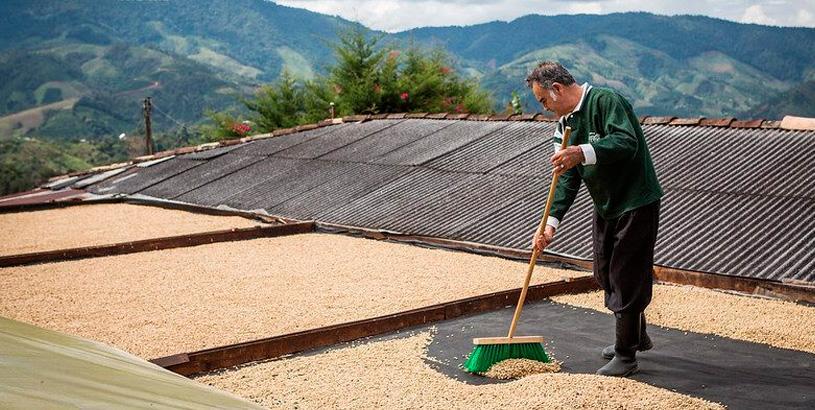 When the first 100% Colombian coffee commercial featuring Juan Valdez aired in 1960, commercial coffee production in Colombia was just 100 years old. Although coffee had been grown in Colombia since the 18th Century, serious efforts to grown coffee for export did not begin until the 1870’s. In the 30 year period between 1860 and 1890, exports grew from 12,000 bags to 200,000. Despite a depression in world coffee prices, that number would double by 1910. So much land in Colombia on which coffee can be grown is at high altitudes that coffee quickly overtook cocoa and tobacco and became the country’s most important cash crop.

When did Colombia start growing coffee? As with many coffee origins, it is believed that coffee was first brought to Colombia by priests, arriving, perhaps, within a decade or two after coffee first came to the Americas via the Caribbean in the first half of the 17th century. It was likely a garden crop grown for local consumption and barter for decades. Unlike other coffee regions, we have the story of a priest named Francisco Romero, who could be called the father of commercial coffee cultivation in Colombia.

The folkloric tale goes that in the early 1800’s, Father Francisco, hearing confessions in the north eastern town of Salazar de la Palmas, assigned planting coffee to his parishioners as penance for their sins. The Archbishop of Colombia heard about this and ordered all priests to adopt the practice. Commercial production of coffee expanded quickly, moving into regions where the growing conditions were ideal. 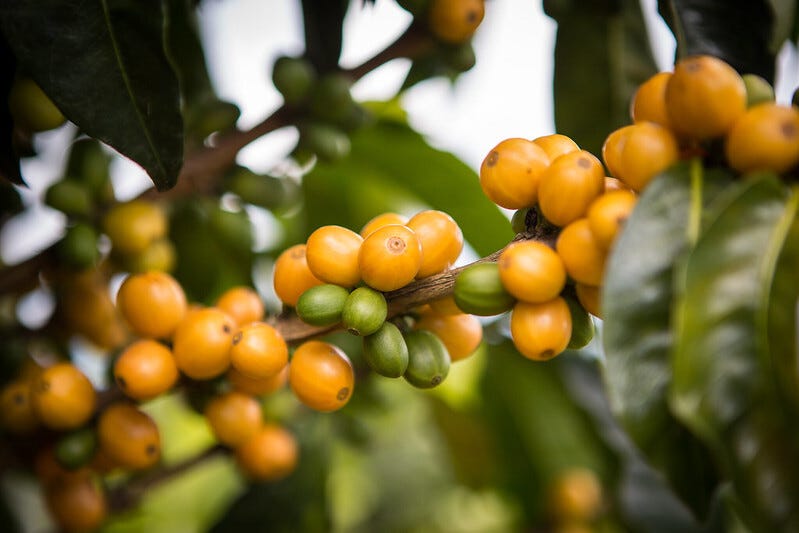 The first commercial crop was recorded in 1808 and came in at 100 bags. In 1835 Colombia exported coffee for the first time, 2,560 bags. From 1852-1862 exported averaged around 7,000 bags. By 1892 exports were averaging over 90,000 bags. By 1906 exports had reached half a million bags and by WWI over a millions pounds, 84% destined for the United States. Colombia would reign as the second largest producer and exporter of coffee for 100 years until Vietnam assumed the position.

South America has its back up against a wall. Look at any altitude map and you can see it running down virtually the entire west coast of the continent, the Andean Mountain range, the “Andes.” In Colombia, the Andes include the Volcanoes, Nevado del Huila and Nevado del Tolima, which reach Colombian Cof 17,000 feet (more than 5,000 masl) and cast their long shadows over the coffee lands of the departments named after them, Huila and Tolima, home to Olam’s own Colombian Dulima coffee.

The Andes occupy the southwest portion of the Pacific rim ring of fire, known the “Andean Volcanic Belt,” which includes four zones (North, Central, South, and Austral) separated by volcanic gaps. Some might consider all this information about volcanic regions as too much information, but volcanic soil and coffee cultivation go together like peas and carrots, and understanding why coffee grows where it grows the way that it grows is part of Colombian coffee’s story.

Of the 74 volcanoes located in the Northern Zone, 19 are located in Colombia, including Huila and Tolima, both considered active, though Tolima has not experienced a major eruption in nearly 4,000 years. Huila has had significant eruptions within the last 10 years.

So, what’s the big deal with Colombian coffee and volcanic soil? Well, even though it’s been 4,000 years, the soil resulting from the last major eruption of Tolima is still considered “young soil” relative to how long it takes, say, a boulder to erode into soil (leaching nutrients the entire time). In the same way that young people are full of energy, young soils are filled with nutrients that are no longer found at the same levels in old (but wise) soils. There is a long list of elements on offer in volcanic soil that are fading or absent in other soils, such as high levels of potassium (sugar and citric acid) and nitrogen (amino acids and related to caffeine development). Also present is something called “Boron,” which arrived from outer space a long time ago, and is important to cell walls, the creation of enzymes, and the production of flowers and fruit, meaning Boron contributes to yield.

We should just say it: A plethora of nutrients are found in volcanic soil.

The high altitude region between the timberline and the glaciers is known as paramo, an “alpine tundra ecosystem,” if you care to be technical about it. The term is almost always used in reference to the northern Andes, where it is, to be even more technical, a “neotropical high mountain biome.” The paramo of the northern Andes has the distinction of being considered one of the fastest evolving regions on the planet. The majority of paramo ecosystems occur in Colombia, on the slopes of Nevado del Huila and Nevado del Tolima, for example. The area around Tolima is the largest paramo on earth. Paramo are known for dramatic fluctuations in temperature, from below freezing at night to nearly 90 degrees Fahrenheit during the day, described as summer every day and winter every night. These fluctuations--at lower altitudes where they are no so dramatic--are great for growing coffee. 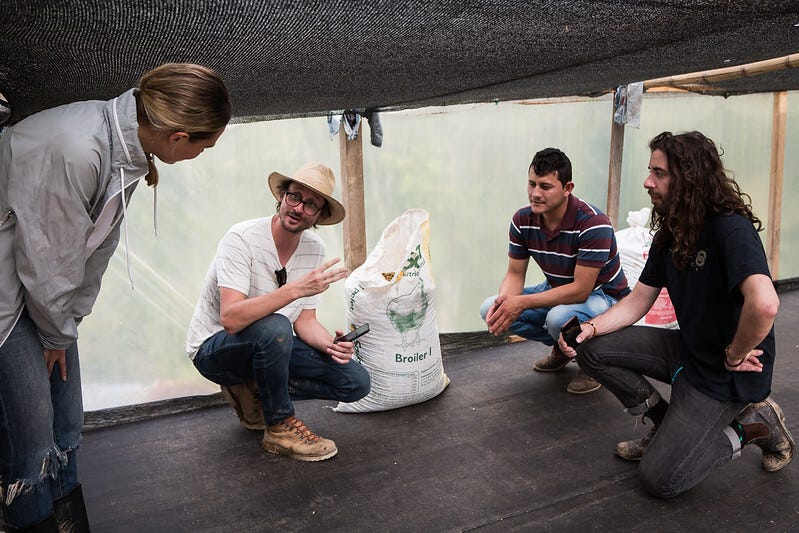 Despite these conditions, people have lived on the paramo for thousands of years. The Pijaos people were native to the region now known as Tolima long before the Spanish arrived. They fought hard against the invaders and when they finally retreated, they moved into the highlands around Nevado del Tolima, the volcano they called Dulima, meaning Snow Queen—a name that also serves synonymously as identification of their homeland.

How does Colombian coffee taste? The fruitiness of Colombian coffees tend toward red and stone fruit flavors, with cherry and apple being very common. When citrus is present, it is often lemony and sweetness leans toward the savory, like dark chocolate, caramel, and brown sugar.

Where does Colombian coffee grow?

THE EASTERN ZONE inludes Casanare, Meta, and Caquetá. However, these are not relevant producing regions (less than 1% of total volume).

Who grows Colombian coffee? Colombia is home to over half a million coffee producers, most growing on less than 5 hectares of land.

How is Colombian coffee processed? The vast majority of Colombian coffee is washed; however, Colombian producers have been very active in exploring various honey, natural & other innovative processing methods. 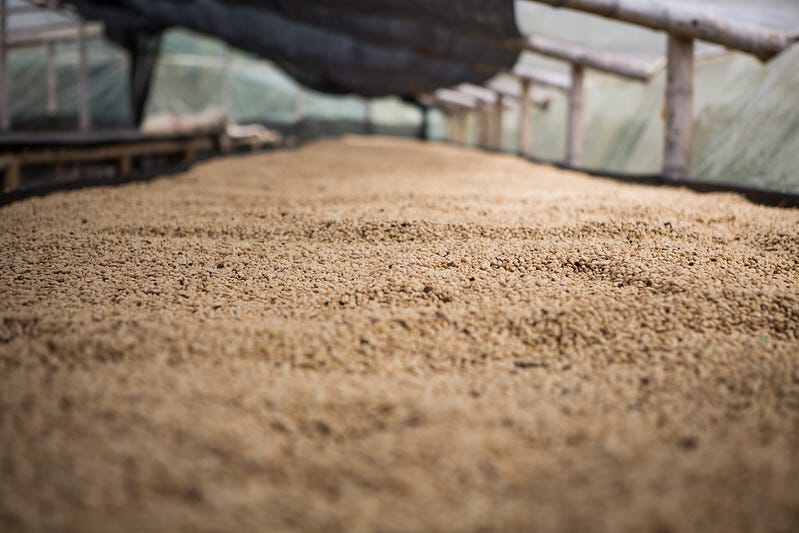 What types of coffee plants are found in Colombia? Most coffee trees in Colombia and Castillo. Other important varieties include Caturra & Colombia. Some farmers in the specialty segment grow exotic varieties such as Bourbons, Geishas, Maragogype, Tabi, Wush Wush - among others.

How does Colombian coffee taste?

Where does Colombian coffee grow?

Throughout the country in four zones and many regions.

At what altitude does Colombian coffee grow?

Over half a million farmers, most growing on less than 5 hectares.

How is Colombian coffee processed?

The majority is washed. Some Honey processing.

What types of coffee plants are found in Colombia?

How is Colombian coffee graded?