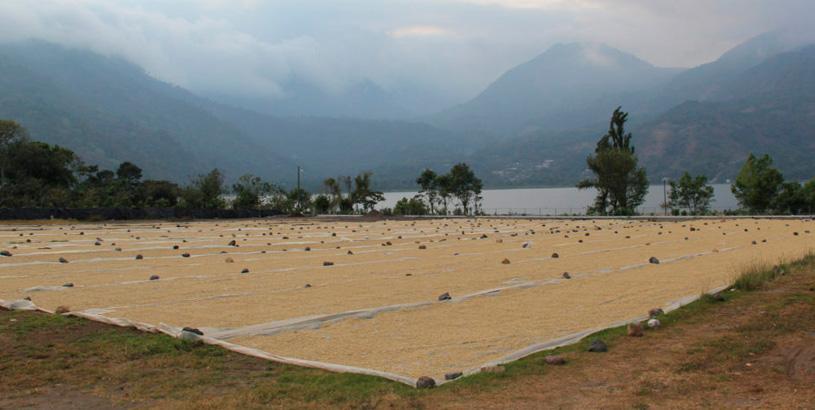 The Four Horsemen: The Story of Central American Coffee Part 1

The story of Central American coffee starts on a map, where from southern Mexico, you can draw a line moving south through Guatemala, El Salvador, Nicaragua, and Costa Rica to Panama. It’s not a straight line, but one that meanders and loops along the borders between wet/dry tropical environments and Mesoamerican highlands. This line ties these Central American coffee-producing countries together in terms of harvest calendar and what were once considered interchangeable coffees, the “Central America Milds,” after which the C contract is named.

Central American Coffee-Producing Countries: The Story of the Four Horsemen

Four of these countries are also tied together by something of a mystery. For as long as many people on the commodity side of coffee trading can remember, Mexico, Guatemala, El Salvador, and Costa Rica have been referred to as “The Four Horsemen.” While everyone can understand the reasons for connecting them, the reason they were given the nickname, “Four Horsemen,” seems to be lost to time. It’s an oral tradition within the trading side of the coffee industry, and internet research reveals no written record. And yet, most people who have been trading coffee for more than 20 years know that these are The Four Horsemen.

One theory holds that high volumes of these Central American coffee beans began arriving so suddenly in San Francisco during WWI that it took the New York coffee trade by surprise at a time when it was challenging to import coffee on the east coast. As a result, San Francisco-based coffee roasters became competitive east of the Rockies, so these coffee were about as welcomed in New York eyes as The Four Horsemen of The Apocalypse. Another theory holds that because these coffees were used in price discovery, they could cause significant swings in the market, which can seem “apocalyptic” for one side of the green trade or the other.

The Rise of Central American Coffee

By hook or by crook, by boat or by monk, the coffee shrub was emancipated from what is now Yemen in the mid-seventeenth century, but it did not arrive in the new world for another 60 years or so, and when it did, it came from Java by way of Amsterdam and France. Although coffee was grown in India and Sri Lanka over those six decades, the Dutch, growing coffee in Java, were the first to grow enough coffee for export and challenge Yemen and her famed port at Mocha. So, for all practical purposes, the old Mocha Java blend wasn’t a choice so much as, well, the only coffees available to blend for many years.

Explore our coffee and see pricing when you sign up for free!

Early in the eighteenth century, coffee plants from Java made their way home to Amsterdam (this was not the first attempt, but this time they survived). In 1714 a coffee plant was gifted to the King of France and that coffee plant is a grandparent to Central American coffees. In a voyage filled with drama and personal sacrifice, another lone coffee plant sailed from France to the island of Martinique in 1723, and then coffee exploded in the Caribbean, island hopping all over the West Indies. It then took more than 50 years for coffee to reach Central America and be grown commercially. 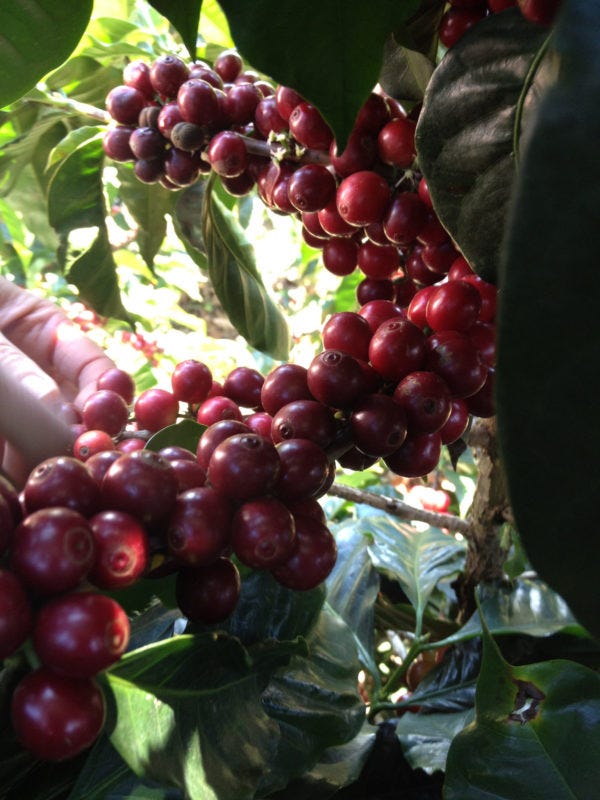 In 1779, roughly 100 years after coffee was first sold at retail in New York, coffee-growing came to Costa Rica, the first of the Four Horsemen to have a coffee industry. There is some disagreement about the origin of the coffee first planted in Costa Rica, with some sources claiming the plants came from Cuba, and others claiming the plants came directly from Ethiopia . After independence from Spain, the coffee industry in Costa Rica began to grow rapidly and so began the boom years, where coffee not only produced wealthy citizens but innovation. Several machines used in coffee milling were invented or improved upon in Costa Rica. But so enthralled was the world with Mocha and Java that almost all Costa Rican coffee was exported to South America until 1843 when an enterprising sea captain convinced growers to let him sell their coffee in England. Until the 1930s, London was the principal destination for Costa Rican coffee. Clear Lake Coffee Roasters currently has several Costa Rican coffees available on both coasts, ranging in flavor profile from the classic, bright clean cup to the more savory dark chocolate and raisin.

Mexico was next to start growing Central American coffee commercially in 1790, the same year the first wholesale coffee roasting plant opened in the United States, on Great Dock Street in New York. As with Costa Rica, the first seeds to be planted in Mexico are thought to have come from Cuba.

Central America began exporting coffee to the United States in 1840, the same year commercial coffee cultivation came to El Salvador, though Central American coffee beans were likely grown for household use much earlier. Although commercial coffee production came relatively late to El Salvador, the industry grew rapidly as worldwide demand for indigo, the countries primary crop, declined. By 1900, coffee growth had surpassed that of indigo and wealthy coffee producers reordered the ruling class. The country invested heavily in coffee and by 1980 coffee accounted for over 50% of GDP. As a result of internal unrest, volatility in the coffee market, and increased production in other countries, coffee now accounts for less than 5% of GDP. Nevertheless, El Salvador remains an important origin for specialty coffee, in no small part because 80% of coffee is grown under shade. Over the next two months, Olam will receive a number of new coffees from El Salvador , available on both coasts.

Finally, the last of the horsemen, Guatemala, began growing coffee commercially in 1850, the same year the first cylinder pulper was manufactured. As with El Salvador, Guatemala was heavily reliant on the indigo crop, but the emergence of synthetic dyes reduced demand dramatically and the government proactively promoted the switch to coffee by distributing millions of seeds to farmers. Coffee farming began to increase dramatically around 1875. Although Central American coffee farming practices are similar to other countries in the region, Guatemala has an abundance of both water and volcanic soil compared to its neighbors.

Want to explore coffee from around the world?

It cannot be said that the civil war, which lasted over 30 years, had no effect on coffee production, but relative to the effect of internal unrest on coffee in other Central American countries, the industry in Guatemala thrived. A coffee association, Anacafe, was formed in the early 1960s and has done an exceptional job organizing producers and marketing their coffee to the world. Anacafe identified and responded to the needs of the specialty coffee sector very early, compared to other countries.

We are decades past the days when the coffee trade considered one Central American coffee as good as another (“I need a horse,” pit traders were known to yell, back in the day). Today, not only are the Four Horsemen as distinct from one another as their namesakes, but within each country, identifying micro-climates, farms within micro-climates, and micro-lots within farms, is common.